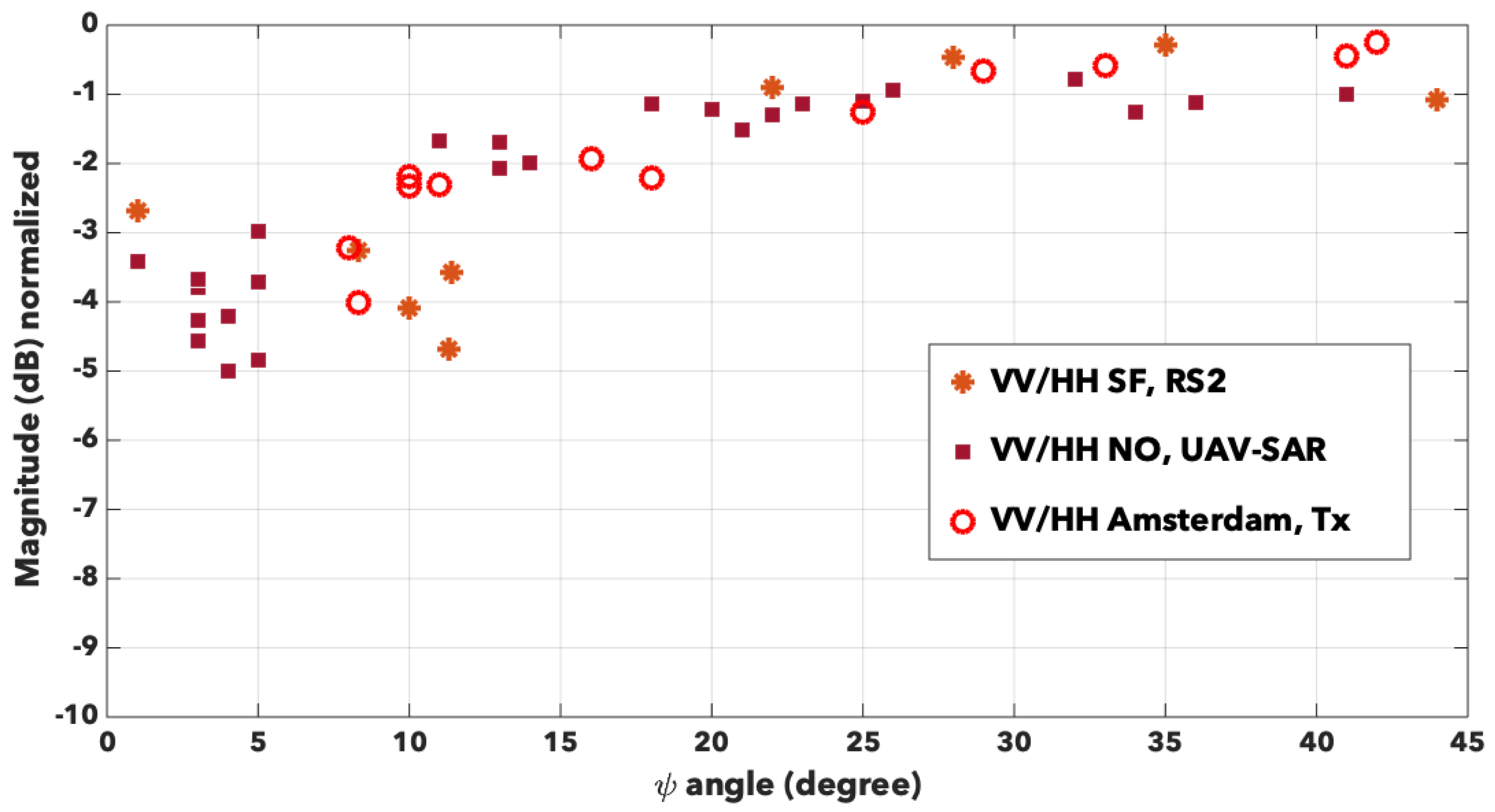 Polarimetric Synthetic Aperture Radar (PolSAR) images containing cities may exhibit misclassified areas when using polarimetric decompositions. Several articles relate this problem to the effects of orientation between the facades of buildings and the acquisition trajectory. Materials also play a role in polarimetric behavior. This paper deals with this combined effect of material and orientation. It analyzes different sets of data, airborne or space-borne, at L-, C- and X-bands, and for different orientation angles. It shows that considering dielectric dihedral rather than metallic in the polarimetric mechanism of double-bounce has a very important impact on the differences of intensities between the channels HH and VV. This difference is very important for small angles of orientation, and then decreases for large angles. Furthermore, the curves of the ratios between polarimetric intensities as a function of the orientation angle vary little with the materials and the frequencies encountered in all the scenarios envisaged. The signal of the ratio VV/HH raises a plateau around −1 dB for orientations higher than 30°. We also observe a plateau for HV/HH, but with a value around −5 dB.